After living in different cities, the owners of this house decided to settle, for work, his permanent home in the town of Valldoreix Barcelona. Subsequently they opted to build a single family dwelling on a rectangular plot of 1,000 m2. The architectural project was commissioned to Ujo Pallares, who played to perfection the wishes of the family, whose members did not raise more requirements than those of achieving an "austere and refined home, with open communication between environments and where contact with the scenery and natural light were playing an important role."
Set up at right angles, the situation on the building ground consists of a longitudinal plane perpendicular to the street and three cubes onto each other. The longitudinal wall, located along the north side of the field, determines the access area and parking and isolates the housing from the adjacent plots and thus, bringing more privacy in the garden. The connection between the three cubes and the longitudinal wall is run through the stairwell, leaving place to an open space creating a set of transparencies in the east-west axis. Thus, the horizontal volume forms the ground floor, where the common daytime-areas are located: living room, kitchen, entrance hall and guest’s toilet.
On the other hand, the private area is created from the two upper volumes, where one of the cubes forms the master suite and the other the three bedrooms and a bathroom. Also, the combination of the two cubes creates overhangs acting as a porch on the outside. Moreover, being separated these elements, the double-height hollow gives special prominence to the dining room. As for the choice of materials, these have been subject to the composition of the project: Bateig stone for the horizontal volume and longitudinal wall; white monolayer to achieve maximum lightness in the two upper cubes; gray slate on the outside areas, kitchen and bathrooms, and American oak for the rest of the interior zones.
Ujo+partners was responsible for the executive project, manufacturing, installation, coordination, quality control and commissioning of works. 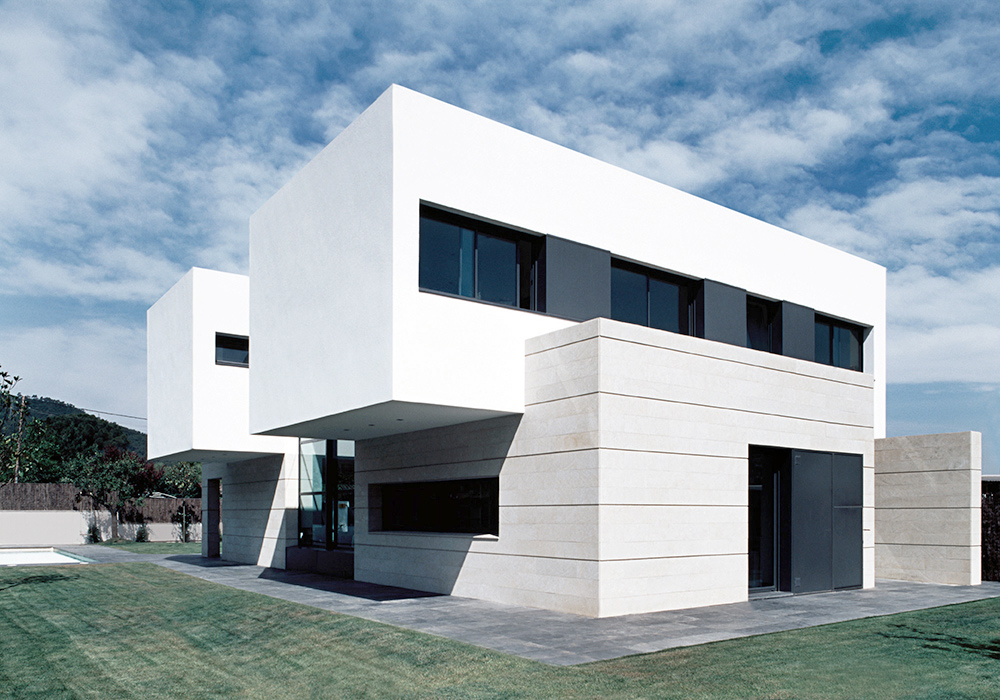 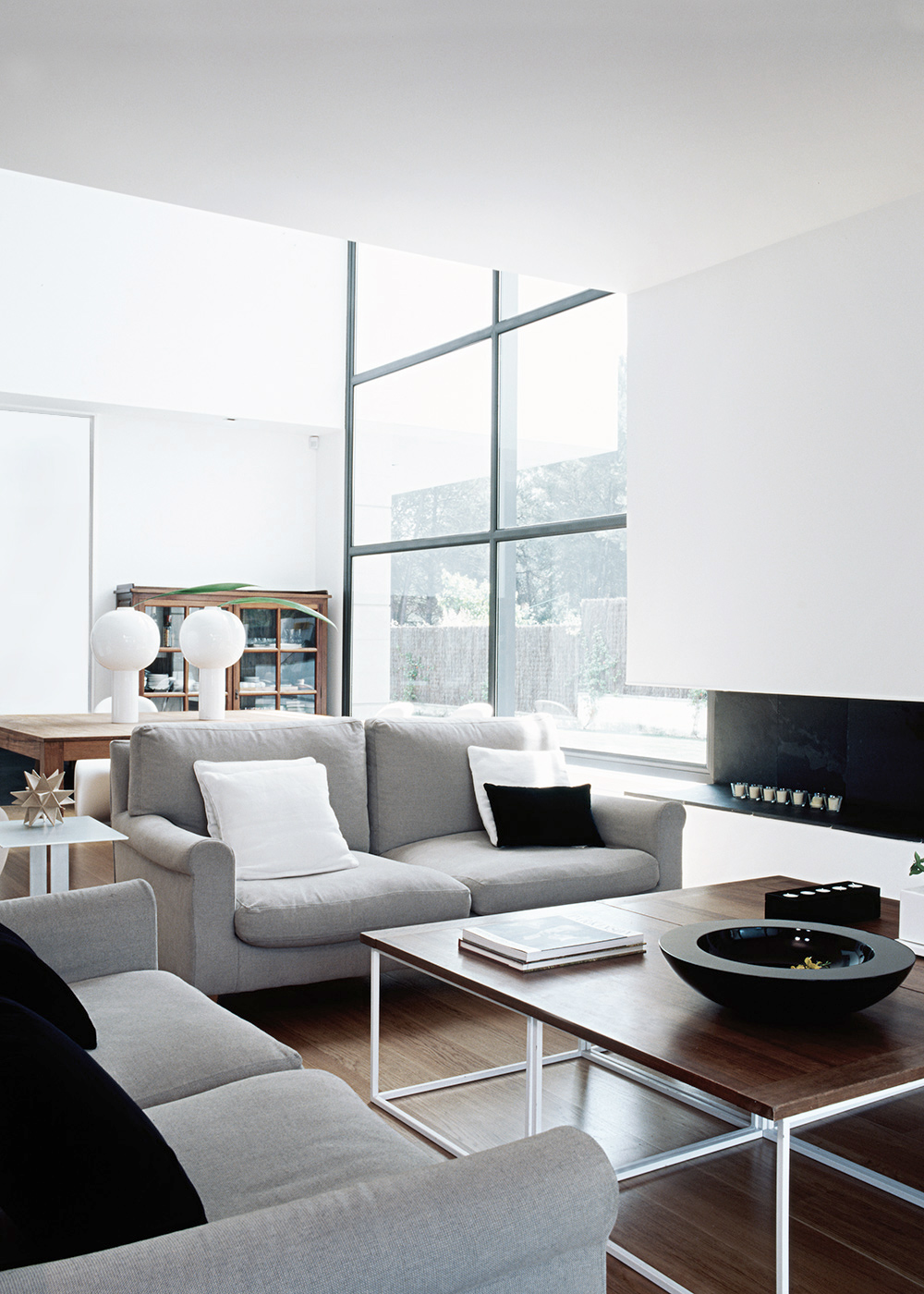 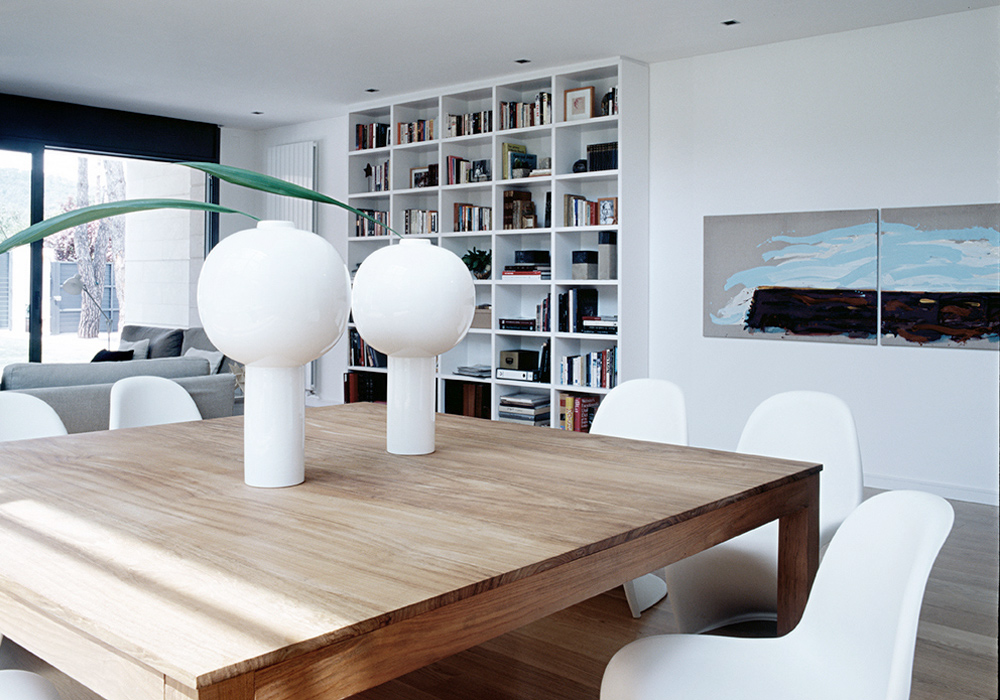 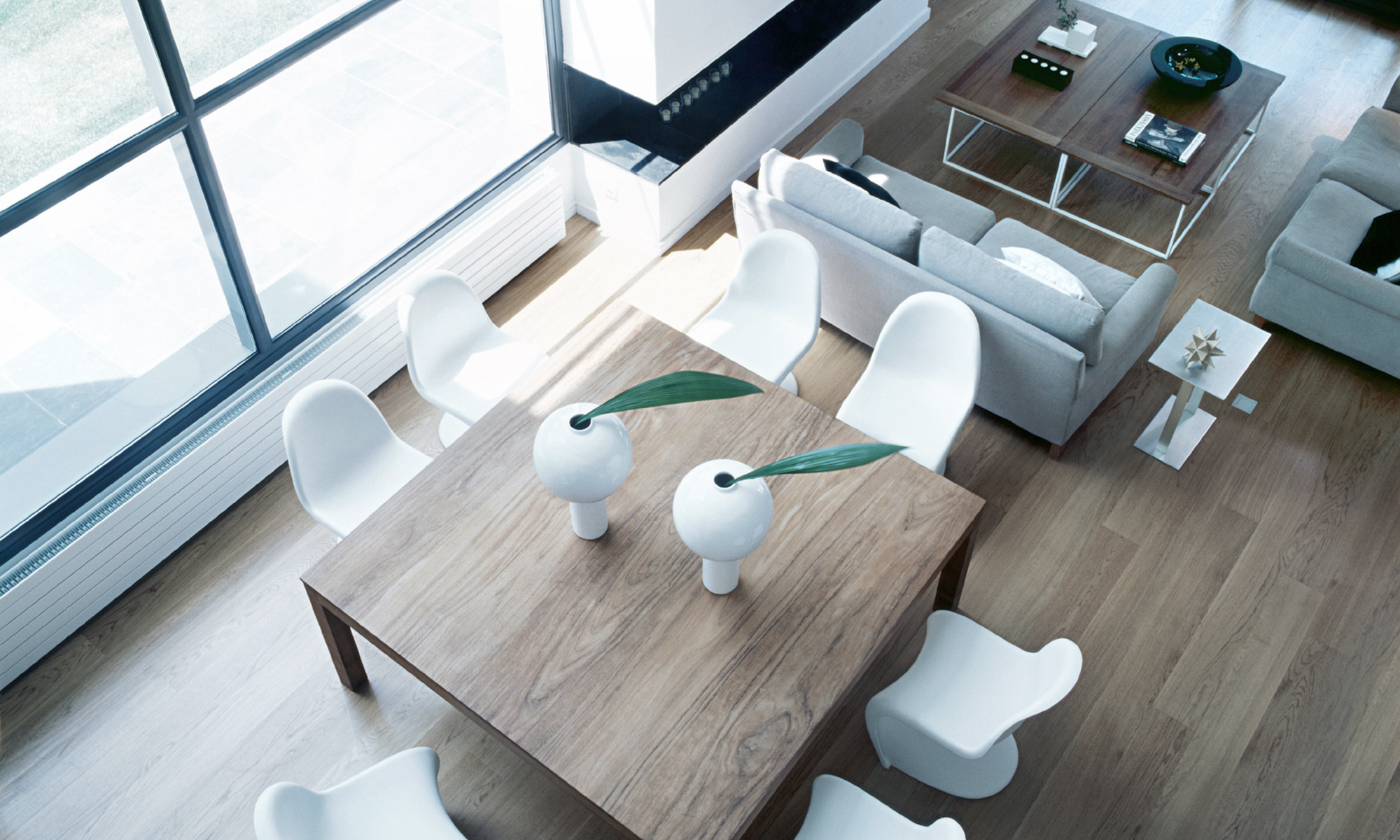 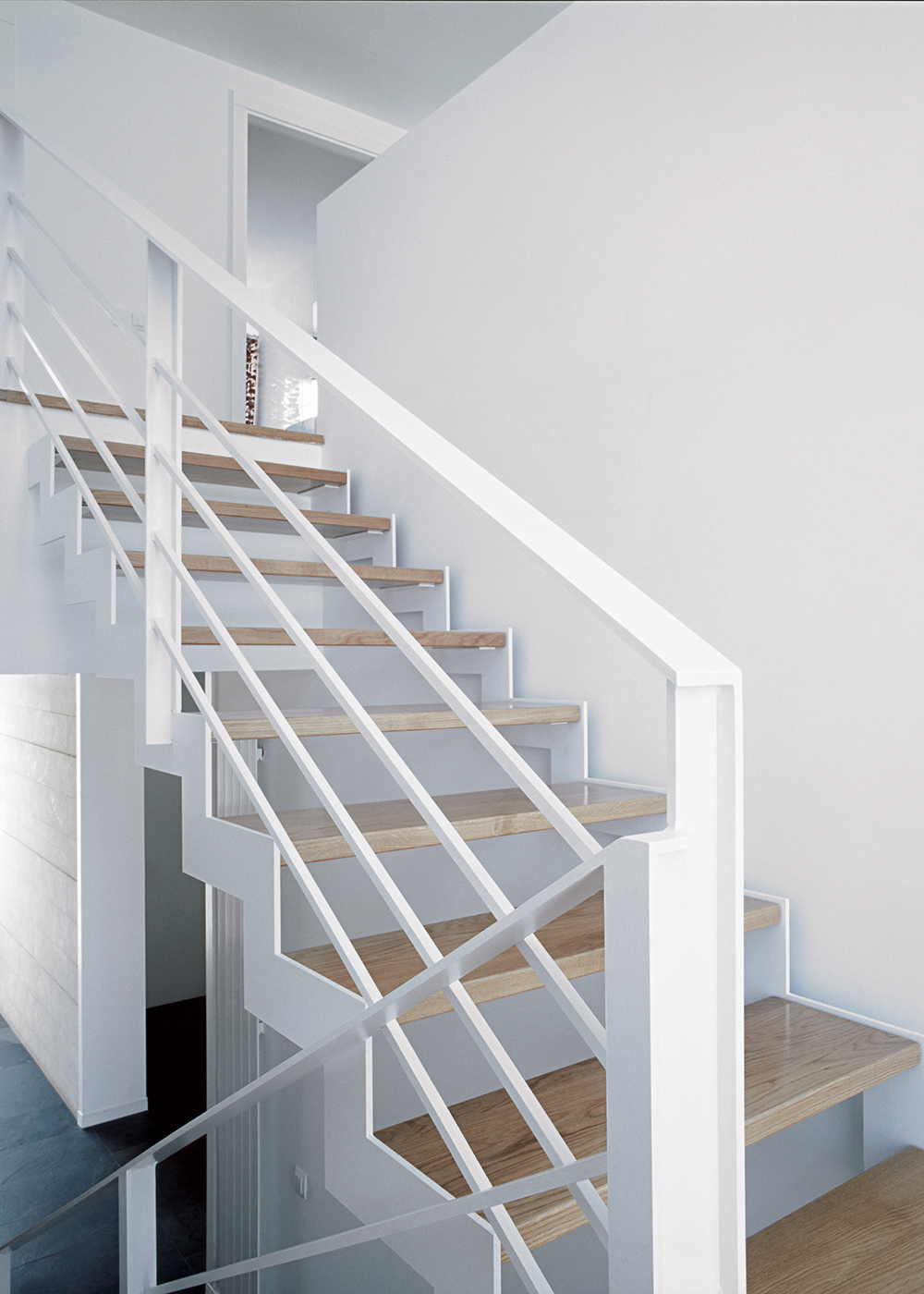 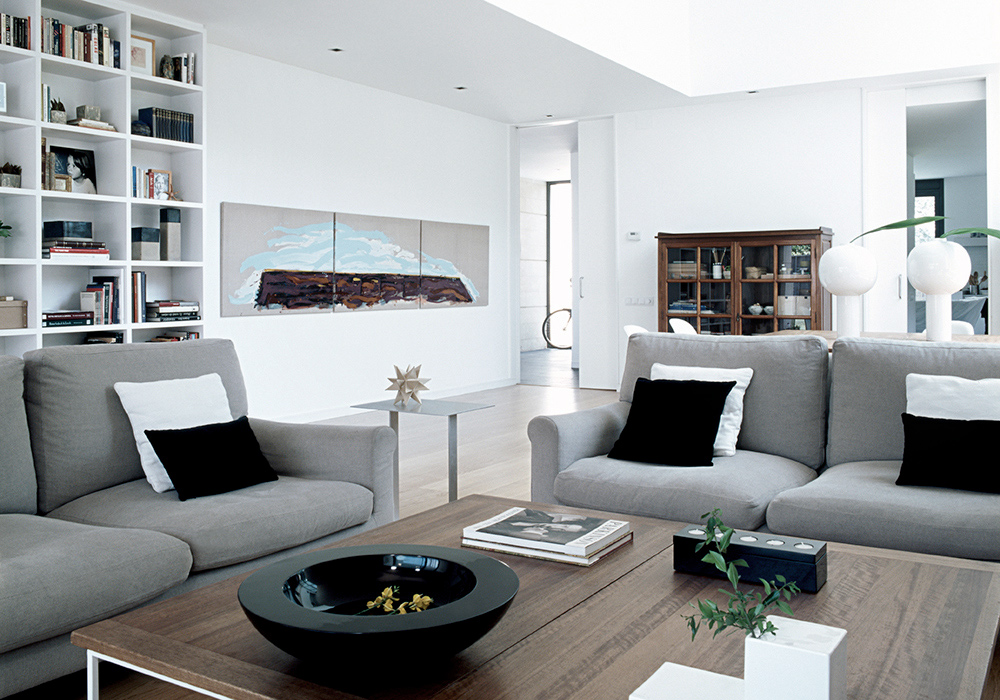 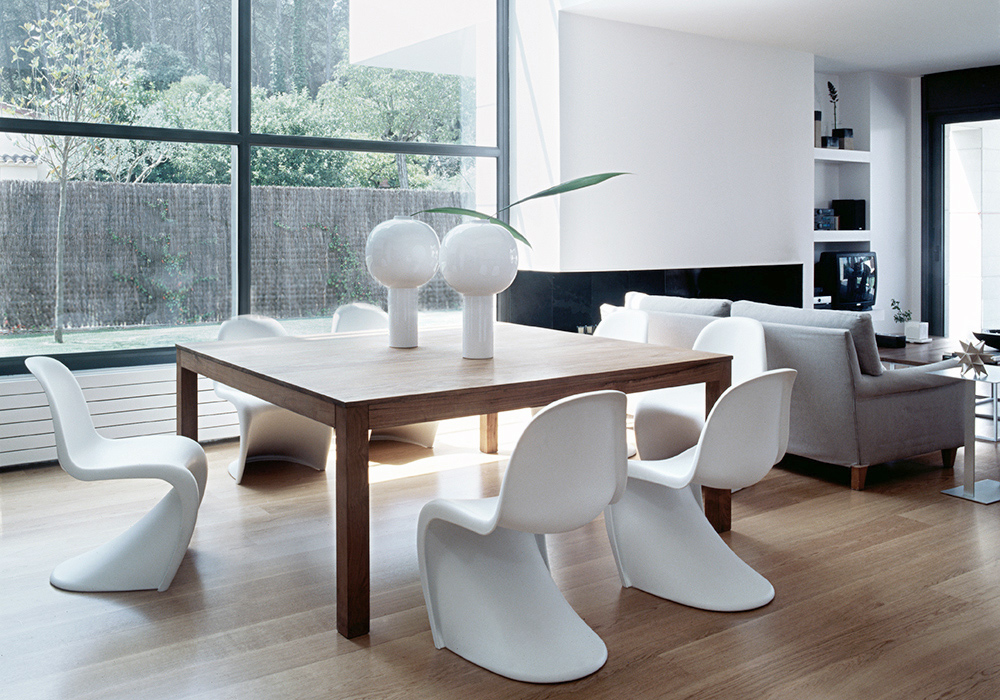